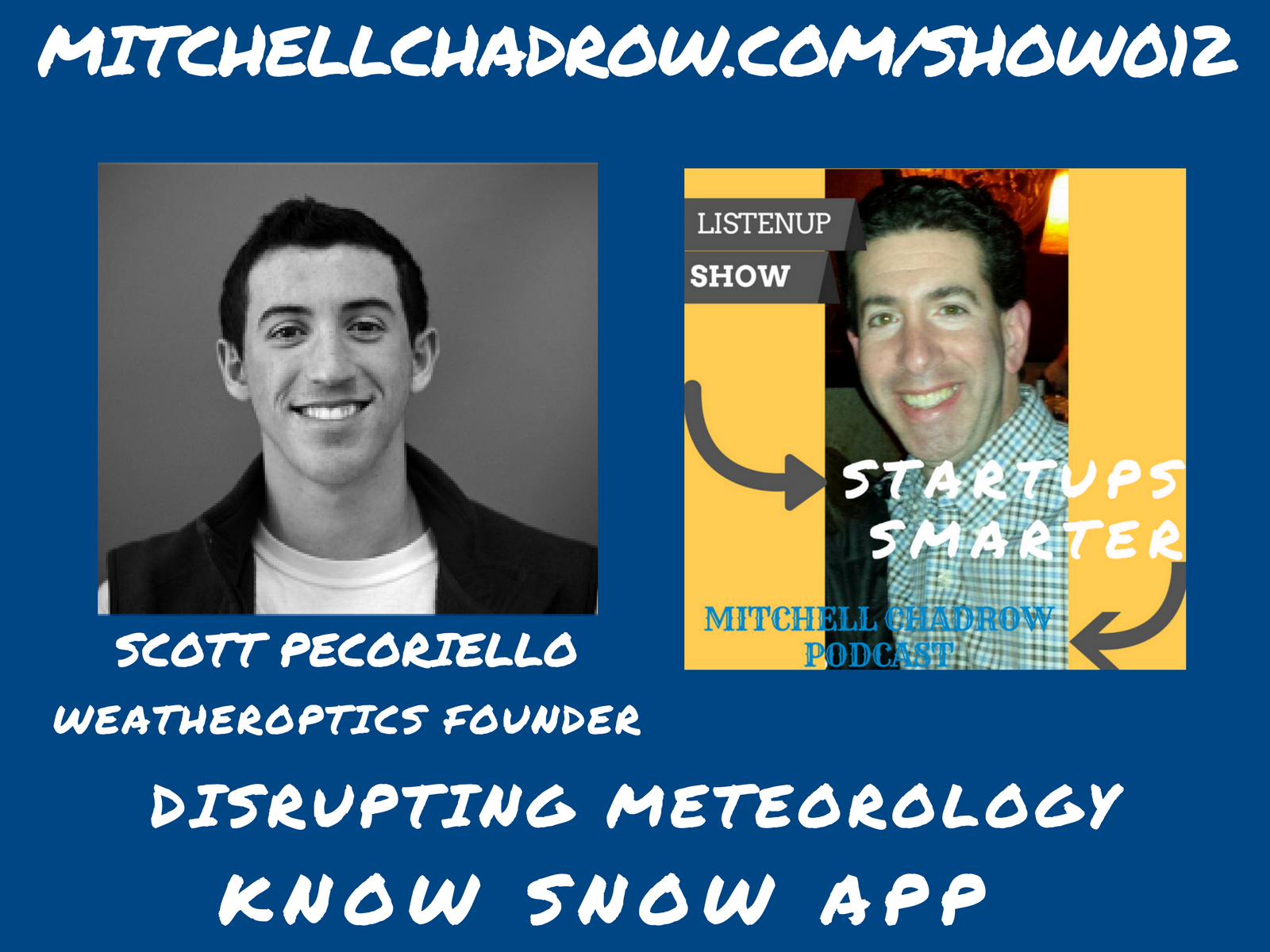 WeatherOptics and Know Snow are both apps developed by Scott Pecoriello Founder of WeatherOptics.net.  Scott is disrupting meteorology.  You may recall you spoke with another app development company Chop Dawg and their Founder Joshua Davidson.

When Scott was only 16 years old he came up with an amazing idea make an app that would forecast School closings based on the weather of the state he lived Connecticut. Je spent 3 months building it and finally launched in December of 2013 — This was Scott’s My first app. Now more than 4 years later, the Know Snow app has made it to the top of the App Store, ranking most recently at #19 for weather apps.

What started up as a small project that had several setbacks is now as successful as his company’s most recently launched app WeatherOptics, which is taking forecasting/data to a whole new level by using artificial intelligence and machine learning to try and carry about similar functions across a multitude of sectors, including Flight Delays, Sports Games, Camp Impacts, Business Sales and more.

Scott recalls that he can remember when being in High School and struggling to reach his first 100 downloads. His philosophy and mantra grit, patience, and passion are what led to this app going viral and becoming that resourceful tool now used by tens of thousands of people.

His quote “Entrepreneurship is all about the long-haul.” He recalls I spamming some 50 news outlets and although only 1 responded back that’s all was needed to have that person agree to write a short post about the app. The domino effect of that one important step allowed Scott’s company to get where he is today.

Scott is a young, serial entrepreneur the Founder of Weatheroptics.net formerly Wild About Weather, creator of the mobile app Know Snow that is currently in the iTunes store and can be downloaded for free.

LINKS AND RESOURCES MENTIONED IN THIS EPISODE:

He also started HenHaul LLC while he was a freshman at the University of Delaware in the Entrepreneurial and Innovation program.  Check out other national entrepreneurship college programs like the one lead by
Dean Damion Salas at the Close School of Entrepreneurship on the Campus at Drexel University.
Twitter: @scottpecoriello
The quote that really inspires him is by Albert Einstein: “Everybody is a Genius. But If You Judge a Fish by Its Ability to Climb a Tree, It Will Live Its Whole Life Believing that It is Stupid.”
In addition to Scott being a Young Serial Entrepreneur David Zamarin also built several businesses before hitting it big on the reality show Shark Tank.
Website: weatheroptics.net
Website: Know Snow App
Delaware University Horn Program
Favorite book is Think and Grow Rich by Napoleon Hill.
Our past guests Bonney Harvey and Michael Houlihan recently visited the Napoleon Hill Foundation in San Diego, California to speak with their members about business.
Pitch Competitions
Alternative fundraising in addition to traditional banks by banking smarter.