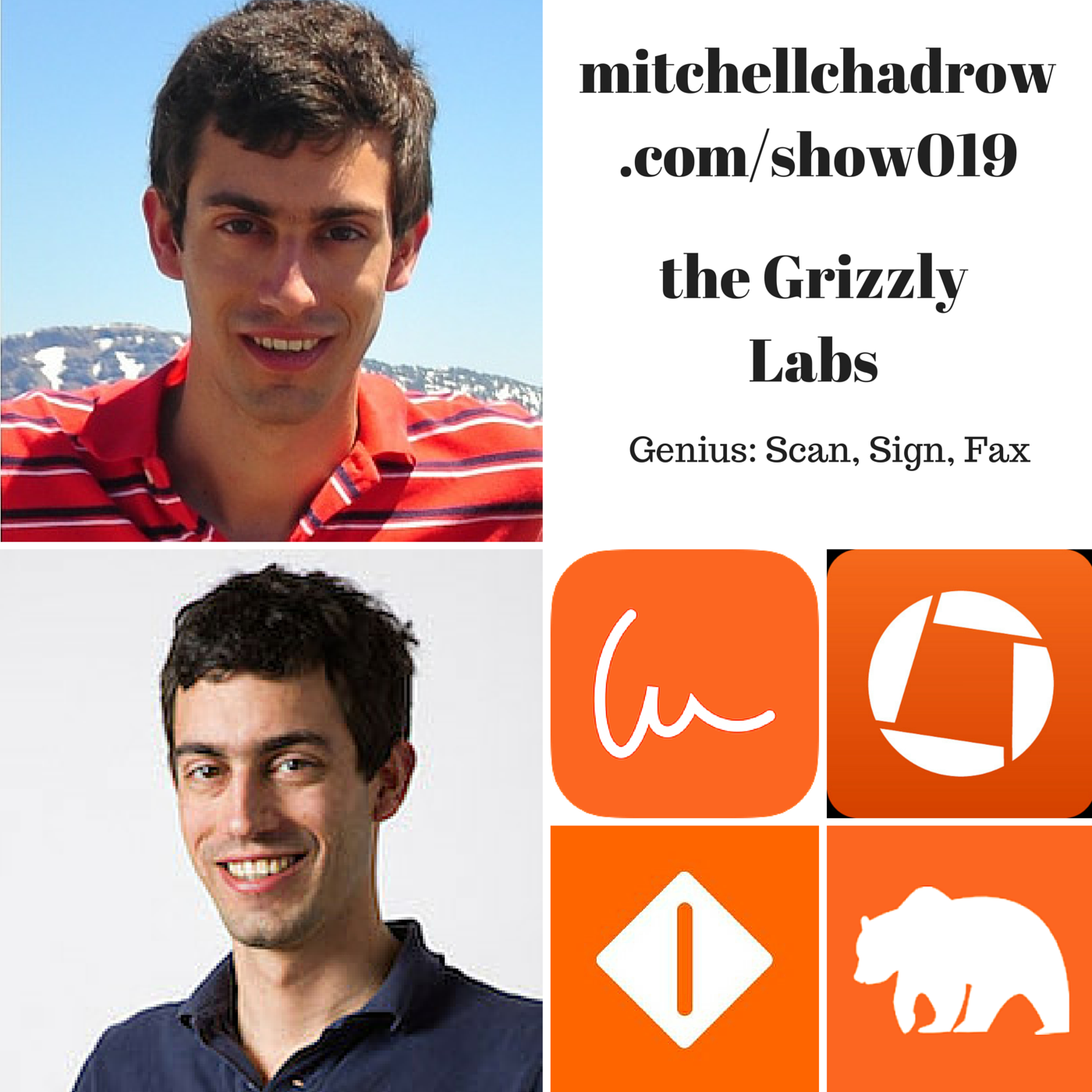 What we will discuss:

The mobile phone has been transformed into a genius plus scanner with a great application from the Grizzly Labs.

Bruno is an entrepreneur and programmer who loves building simple, easy-to-use products. He received his engineering degree from Supélec and a Master in Computer Science from the University of Illinois at Urbana-Champaign. After graduating, he joined Amazon.com in Seattle where he worked on large-scale projects. He then moved to the Silicon Valley as a lead engineer for 1000memories which was later acquired by Ancestry.com. He is now working full-time on The Grizzly Labs focusing mainly on iOS (@bvirlet, email).

Numerous applications for use as a document scanner. The principle is simple: you take a photo of the document, the application then allows to crop, retreat the image and allows to export or send it in various formats including PDF.
People use these applications for expense reports or urgent shipments are generally chargeable. But it was important for me to interview Bruno Virlet the Founder behind the Genius series of applications.
Genius Scan: A scanner in your pocket. More than 20 million people have decided to trust Genius Scan for iOS to digitize close to a billion documents. It’s fast, simple in terms of ergonomics, it offers rotation, export in image or in PDF and effective in image processing.
Genius Sign: How often have you had to print, sign, date, scan and send back a document? Instead, just open the document to sign with Genius Sign and send it back a few seconds later with a signature.
Genius Fax: Nobody has a fax machine anymore. It’s expensive and you have to maintain a line. Yet there is always an emergency when you have to fax a document. Meet Genius Fax, friendly and easy to use.

Genius Scan is very simple to use. You simply take a photo, and and the app places an orange grid where it thinks the important bits are. You can then drag the boundaries around to crop off unwanted areas or to include areas where Genius Scan didn’t guess right.

From there you can rotate the image, if necessary, then render the scan as color, greyscale or black-and-white. I find that black-and-white works best for the type of documents I scan. This also sharpens up the text and makes it more legible. Overall, the app’s scan quality is very good, but a tradeoff I discovered is that the size of the files it produces are from 50 percent to 100 percent larger than similar scanner apps.

When your adjustments are complete, you can save your document either as a standalone image or—if you’re working with a multiple page document—to an existing document in order to stitch the images together.

If you want, you can upload your documents to a variety of cloud services, including Google Drive, and Expensify. Additionally, you can enable Wi-Fi sharing to copy documents directly from your device to a computer or, of course, you can print or email your scanned documents.

If you’d like to try the app before plopping down your $3, then you can download the free, Genius Scan app. Scanning functions are identical to Genius Scan+, but the free version includes ads and limits your output options.

We have been promised a so-called paperless office and home for many years, but it has never quite happened. Printers, photocopiers, scanners and even fax machines still play a role in many of our working lives, although they feel more 20th century by the day.

But with the right mobile apps, you should be able to eliminate some of that paper and use some of those devices less. Document scanner apps can capture an accurate image of a paper document, save it securely as a PDF, email it and in some cases even recognize the printed text.

The app automatically detects the edge of the paper, then rotates and straightens the image. Adjusting the image quality to make the text easier to read is easily done by changing brightness and contrast with simple sliders. When you are ready to save your document image, you can keep a color version, a grayscale version or a pure black-and-white version. Clicking the Done button creates an archived image file. You can share the image file by email, print it out, store it in cloud storage like Dropbox or Google Drive or send it to another app like a word processor.

Genius Scan, free on iOS, is very similar. Its interface looks different but it has the same straightforward and businesslike feel that Scanner Pro has. This app has a few extras, like the ability to tag documents with keywords to make it easier to search by type of document, like scanned receipts. It also has Wi-Fi sharing of scanned files, which makes it easy to transfer scans to a PC connected to the same wireless network.

Bruno and his business partner were roommates at the University of Illinois, and they wanted to do a project together, both were into compilers and optimizations and his roommate was also into image processing and so together they said let’s make an app.

The first step take a photo and to be able to detect the frame of the picture. However, the whole photo recognition was complicated. But they were able to create a good frame detection code, the main question was what could they use it for? The aha moment came in 2010, we they both started working on that question, and the fun part is that when Bruno was to fly to Europe for a friend’s wedding he got stuck in Chicago because of the volcano in Iceland. So Bruno bought a MacBook and started working on that question. That’s how it happened.