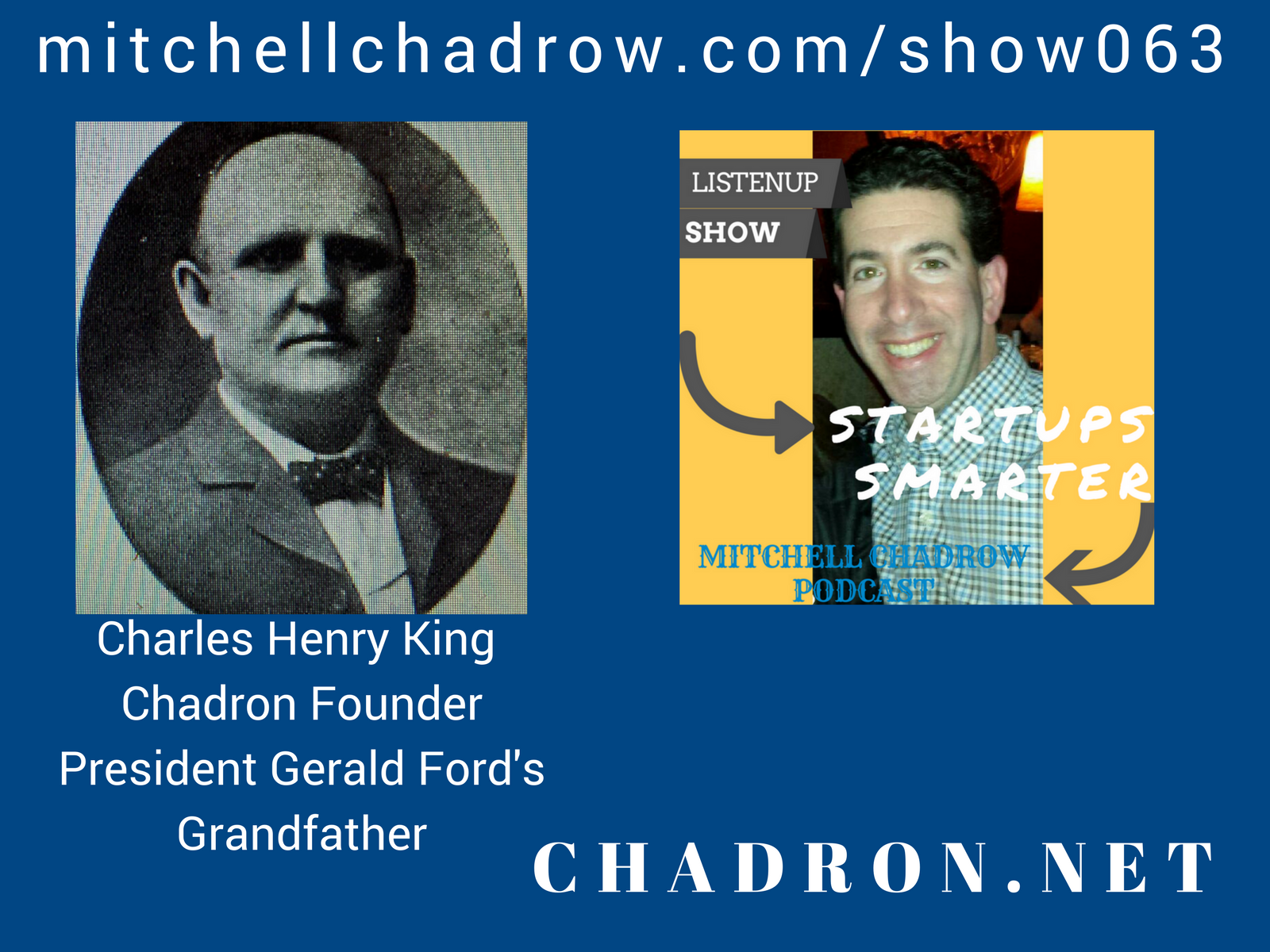 Why Listen Up to today’s show ->

He was a serial entrepreneur at that time of his passing he was Wyoming’s wealthiest businessman.

Sign up at the website for not only the latest podcasts articles and awesome guides but become part of the trusted friend’s community at MitchellChadrow.com/signup

CH King – today would be known as a serial entrepreneur

At the age of 31 in 1884 he and his wife, Martha [Alicia (nee) Porter,] moved to Nebraska and settled a sparsely populated
the region is known as Dawes County today we know it as the Panhandle of Nebraska.

Their humble home was nicely settled along the White River in an area that we just talked about the brand new town of Chadron.

Our startup round is sponsored by Chadron.net

You see CH was a merchant pioneer who began trading with the Indians and became a bigtime merchant
and wool trader he had one of the most successful entrepreneurial enterprises in Nebraska and Wyoming.  He was founder and president of the Omaha Wool and Storage Company and founder of banks transportation companies and promoter of various enterprises.

He had come far born in Pennsylvania on March 13, 1853, in Bradford County.

When in Chadron NE he started a general store known as C.H. King’s Mercantile.

He was described in his day as being shrewd a true businessman, as a business person why study CH make him one of your own case studies well he was a visionary what today we might say a mover and shaker.

He was a visionary -> he saw what others could not as he anticipated the arrival of the Chicago and North Western
Railroad network into Chadron
and the nearby Wyoming territory.

He was constantly thinking of how he could expand his commercial
enterprises.

He executed on this opportunity by stringing together general stores, lumberyards’ banks, wool trading companies, a freight hauling business, and much real estate strategically located
where the railroad access insured the
founding of future towns and cities in addition to Chadron.

By July 25, 1886, Chadron
was much in the infancy as an organized community -> it was at this time that
President Gerald Ford’s biological father Leslie Lynch was born to Charles Henry King and his wife Martha in the town of Chadron

Robert Roy Foresman left a message that he was working on a full-length article and publication on Fannie O’Linn. He said it was nice to see the post about her and podcast he said that he has been researching her for over 10 years, and there is a lot of stories to still share.  I’m going to link to robs other books and when his article and book on Fannie O’Linn published will him on in the meantime I provide a link to him here.

Even before Wyoming became a state in 1890 CH would become well known as one of the wealthiest men in Wyoming, At one time he amassed a fortune of $20 million in today’s dollars that is considerable but in 1890 it was huge.

By 1900 C.H. King was known as a baron among wool traders and a merchant king in western Nebraska the panhandle

As I stated earlier he was an entrepreneurs entrepreneur he was ambitious and eager to seize new opportunities, by 1905 he was moving his business HQs to Omaha.

Omaha was known as the eastern terminal of the Union Pacific
Railroad, and it also had numerous other roads so it became Omaha’s
western terminal.

CH saw Omaha as a city with a great
future. His reputation was both energetic but an honest businessman.

As startups, business owners, and entrepreneurs we focus so much on wanting to raise or borrow money for our businesses. CH found it relatively easy to raise large sums of capital for new profitable ventures.

For example, In 1908, he had a capital fund of $100,000, and the Omaha Wool and Storage Company was founded with
C.H. King as president. His son, Leslie, Sr., also owned stock in the company and was named general manager.

This was considered a big business for that time having a huge warehouse, 1200
feet long by 150 feet high, it was totally covered with a corrugated iron roof, and we know real estate is location location location CH was sure that the Union
Pacific ran a side track up to the Omaha Wool and Storage Co. loading
dock.

By 1909 wool was being
shipped into Omaha from western
Nebraska, Wyoming, Colorado, Montana,
Idaho, and South Dakota.

Charles Henry was what we call today a serial entrepreneur
he was driven to create more successful commercial companies/firms:

C.H. King Company – > dealt in wholesale food merchandising.  He was known in Omaha as a premier businessmen
he entertained big time at Woolworth Mansion a real luxurious home with its ornately decorated ballroom

The C.H. King Company and First National Bank Building, also known as Yellowstone Drug, is one of the oldest buildings in Shoshoni, Wyoming. The building was built for Charles Henry King in 1905–1906. King was a central Wyoming businessman who established a lumber business in the building. King is otherwise notable as the biological grandfather of U.S. president Gerald R. Ford. The First National Bank of Shoshoni was also located in the building

Our wrap up round sponsored by startupssmarter.com
You need help starting up a business from forms to set up your business to getting online with a website my listeners who go over to startupssmarter.com/Mitchell signup will get a free one-page website
By signing up get guides articles and information

However, The marriage of Dorothy and Leslie, Sr. lasted only about five months longer.

On December 19, 1913, Dorothy
obtained a divorce from her husband
on the grounds of “extreme cruelty”
and was given “sole custody” of their
an only child, Leslie, Jr.

How did all this impact CH in business -> Tremendously!

I found myself asking – >

Was it his personal life this tangled tale of President Gerald Fords biological parents divorce which by the way didn’t merely end with a judicial judgment of divorce alimony and child support payment decree.

Charles Henry King was a maverick in business but his personal issues due to his son the president’s biological father had a tremendous impact on his business these family issues caused CH to become sidetracked that story is so powerful – I will explore all of this on an upcoming show about President Gerald Ford.