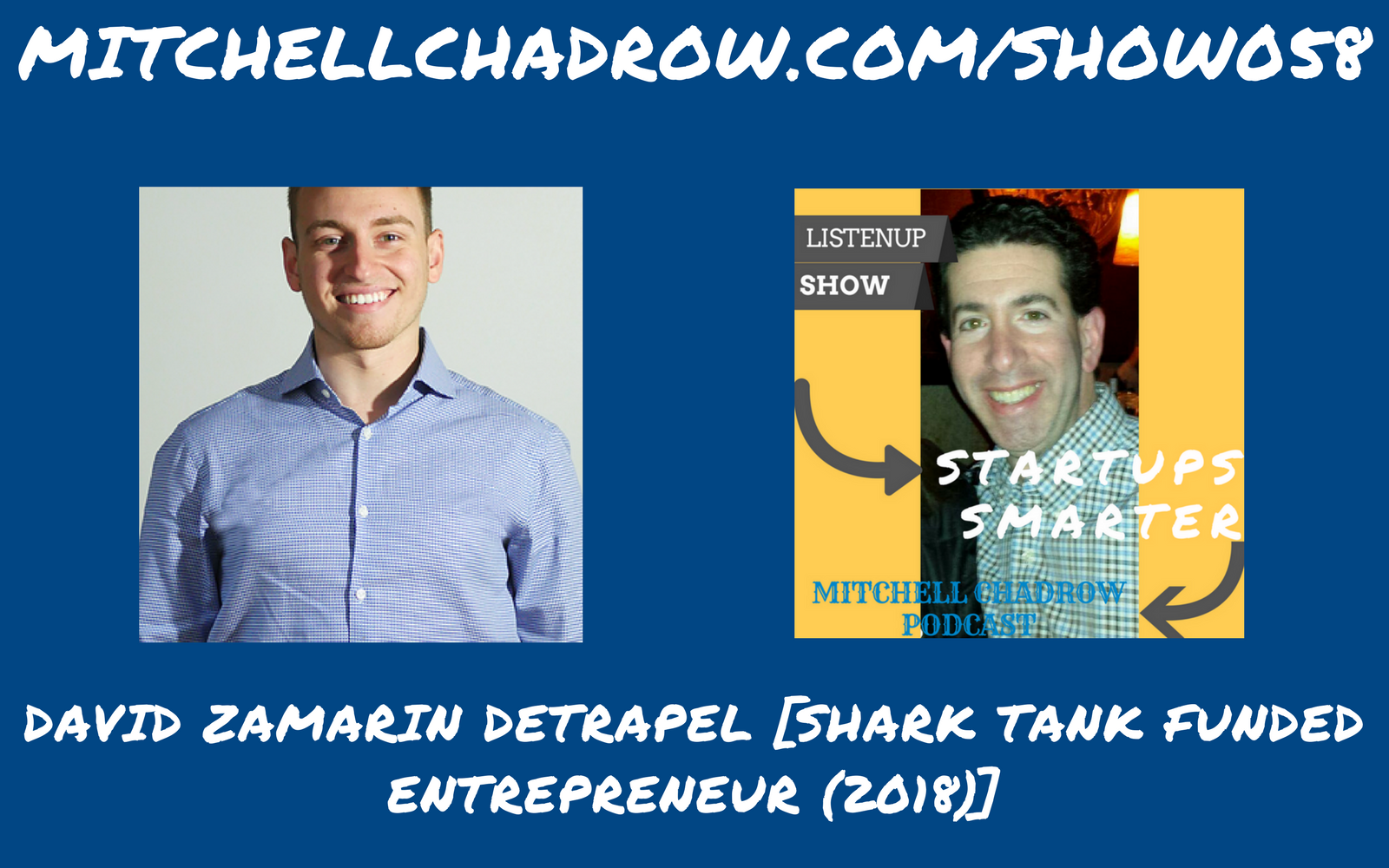 
David Zamarin Detrapel and Lick Your Sole founder and he now can claim Shark Tank Funded Entrepreneur and Young Startup business owner.  David received a capital investment from Mark Cuban the billionaire Mavericks owner and Lori Greiner, Queen of QVC in the amount of $200,000 for a 25% investment in the liquid repellent spray company.  I first spoke with David on his first appearance about being a serial young entrepreneur.

David sold not one but two of the Sharks on his non-toxic, superhydrophobic spray that repels stains,

Shark Tank, the entrepreneurship reality show that has helped entrepreneurs, saw David on episode 916 of the opening of the show’s tenth season. Like the Listenup Show and the Mitchell Chadrow podcast Shark Tank is a business-themed show and inspires all of us to execute on our business goals.

David handled the tough, self-made, multi-millionaire and billionaire tycoon Sharks well. The work David has done with Detrapel is an amazing story to listen up to and should motivate and inspire all of you in search of your own business goals. David has been given a great opportunity by The Sharks as he is chasing the American dream and did secure a business deal that now helps him become the next millionaire.  What you’ll learn is has to network, make the right connections to raise money for your business.  How David actually got on ABC TV show Shark Tank and what it took to actually raise the money for your business.

So many resources are discussed on the show: