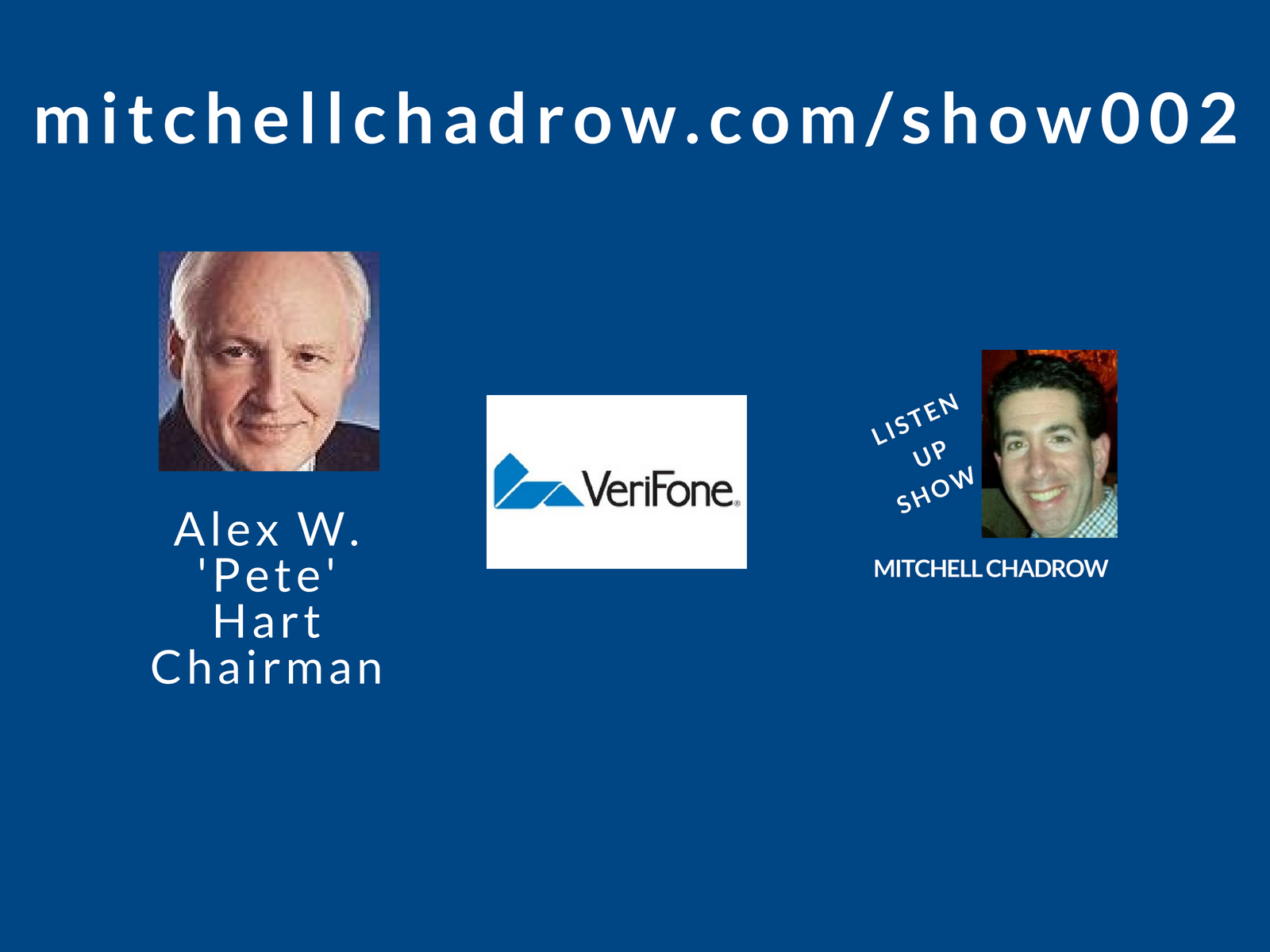 Alex Pete Hart is the Chairman of the Board of Verifone Systems a credit card terminal payment systems industry leader and former MasterCard International President.

In past decades Pete was Chairman of the Board of Silicon Valley Bank (SVB) Financial Group and has worked as an independent consultant to the financial services industry since 1997. He served as Chief Executive Officer of Advanta Corporation, a public diversified financial services company from 1995 to 1997, where he had previously served as Executive Vice Chairman from 1994 to 1995. Prior to joining Advanta, he was President and Chief Executive Officer of MasterCard International, a worldwide payment service provider from 1994 to 1998. In addition to the SVB Financial Group, Pete is currently a member of the Boards of Directors of the following public companies: Mitekmobile capture deposits company).  Pete previously served as a member of the Boards of Directors of numerous other companies, including Lending Club, Fair Isaac Corporation, a predictive software company, Global Payments, Inc., a payment services company HNC Software, Retek Inc., Shopping.com, Sanchez Computer Associates, US Encode, eHarmony.com and Sequal Technologies, Inc. In addition, he was an advisor to a number of private companies, including Tempo Payments, NoLie MRI, Cimbal Technologies and US Encode.  Today he is the Chairman of the Board of VeriFone Holdings, Inc., an electronics company.

I first came into contact with Pete back in 1995 after I had graduated from law school, passed the bar I was looking to become counsel to credit card bank Advanta.    he was also captain of the Harvard football team of 1961 so we are talking to a true leader.

His career spans 50 years in the financial services industry, tremendous longevity on the payments side of the business.

Pete says, when it comes to success it is a matter of “being able to do the things I like to do with the people I like doing them with and feeling as if I am being paid acceptable beyond that there is not a whole lot to it“

You can learn more about Pete and what he does on his company’s website at www.verifone.com and connect with him on LinkedIn.

Verifone Systems was created back in 1981 by William ‘Bill’ Melton.  The Verifone story is extremely inspirational and every business startup and entrepreneur learn from the founder and executives of the company.